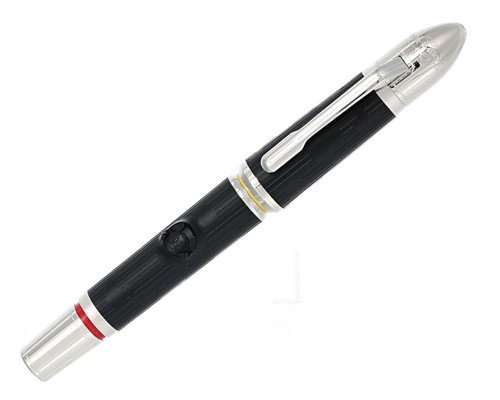 Walt Disney was born In Chicago on December 5th, 1901. While the name Disney is known in just about every household on the planet at this point, it wasn’t always this way. As the 4th son in his family, Walt quickly took a liking to art, particularly cartoons. Walt regularly copied the cartoons from his local newspaper for practice, even once getting paid to draw a horse by his local neighborhood doctor who apparently very much liked this horse.

Walt learned about vaudeville and motion pictures at a young age from a fellow classmate of his, Walter Pfeiffer, and was quickly enamored with the idea of film production.

In high school, Walt Disney was a cartoonist for his school newspaper, and had begun taking night courses at the Chicago Academy of Fine Arts to further his artistic abilities. In 1918 he tried to join the Army to help fight during World War 1, but was turned away because of his age. Shortly thereafter, a forged date of birth on his birth certificate allowed him entrance to the Red Cross where he became an ambulance driver and was shipped to France. He drew cartoons on the side of his ambulance, and did a few works for the Army newspaper as well.

Walt went through a great deal of different gigs in art and animation which showed him the ropes, and in 1928 a very special character was created by the name of Mortimer Mouse. Shortly thereafter his name was changed to something friendlier, Mickey, and the rest is history. The tale of how Walt Disney came to be the man and artist we recognize is long, and his accolades and accomplishments are far too many to name here. The size to which Disney’s vast empire has grown must be unimaginable, even to the supremely ambitious man himself if he could see it now, so it is only right that Montblanc honor Disney as one of their esteemed Great Characters with this beautiful fountain pen.

The first thing to note on this pen is its shape. It is designed to be shaped like the monorail from Disneyland, and the coloring of the pen is meant to reference the original poster to the animated production “Steamboat Willy”, which was the first time Mickey Mouse was seen on film. On the nib of the pen you'll find an engraving of Mickey Mouse.

Throughout the cap and pen there are a number of “hidden” Mickey Mouses to find, and right at the top of the cap you’ll find Walt Disney’s signature engraved. Additionally, on the cone of the pen you’ll find a set of numbers; coordinates, actually. These coordinates, if followed, would bring you to the garage where Walt constructed a camera stand with his brother long ago, igniting his passion for film.

This is the perfect fountain pen for a striving animator or cartoonist, or for any fan of the great Walt Disney. This large-bodied 149 special edition Montblanc fits well in the hand and represents a truly Great Character.