The Great Masters Montblanc collection represents the drive to become the very best in the world at a craft, and celebrates those few who have made it. It is a collection for those who would take nothing less than excellence. This rollerball pen is inspired by the excellence in design of London's own Purdey firearms. James Purdey and Sons is known for making some of the most exquisite and high-end bespoke sporting shotguns and rifles in the world, and has been at the forefront of British gun manufacturing in London since 1814. This unique ballpoint pen is a celebration of Purdey's 200+ years of manufacturing rifles and shotguns, and their influence towards and respect within British shooting & game culture. The engraved walnut cap and barrel feature Purdey's well-known engraved checkering. The wide body of this pen make it highly sought after, similar to the Montblanc 149 model. 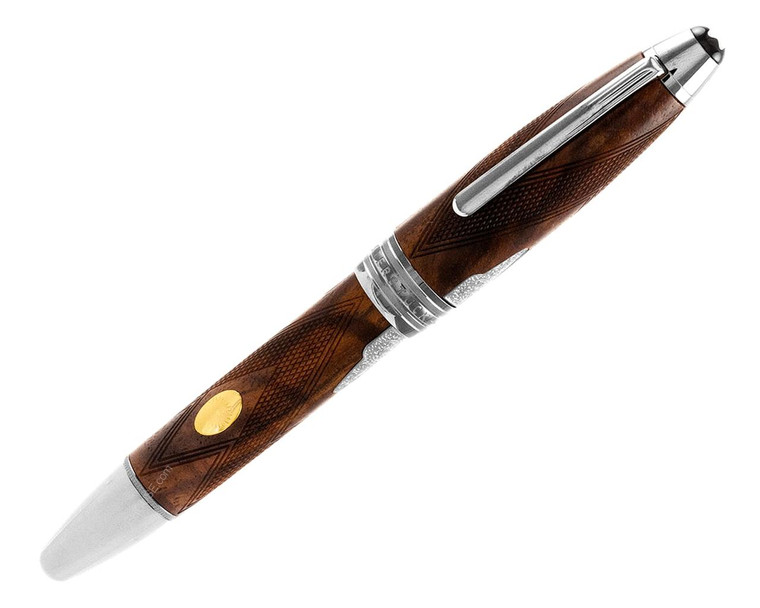