James Dean was a young American actor whose life was cut short in 1955 as a result of a car crash. His untimely demise occurred the same year that his most accomplished film, “Rebel Without a Cause” was released in which he starred as teenager Jim Stark. James Dean’s depiction of the troubled teen in Rebel Without a Cause quickly solidified him as a cultural icon that represented these all-too-common feelings of disassociation and estrangement among teenagers in America and around the world.

This beautiful rollerball pen’s overall shape is inspired by the knife that James Dean wielded in Rebel Without a Cause’s most famous scene. This scene was filmed just outside the Griffith Park Observatory in the Hollywood Hills, where you can still find a statue of James Dean honoring his life and career in Hollywood. The vibrant red color of the pen (titled “Rebel Red”) represents the leather jacket worn by James Dean in the film, and the pattern on the cap and body of the pen call back to the jeans worn by Mr. Dean in the same film.

If you look to the clip of the pen, you will see it is in the shape of a double-barreled shotgun, paying homage to his famous scene in the 1956 film “Giant”, which he was posthumously honored for. Along the ring of the cap, you’ll find James Dean’s most famous quote: “Dream as if you’ll live forever. Live as if you’ll die today.”

This is a beautiful and unique Montblanc utilizing the same wide 149 Montblanc body, although entirely customized to represent the young Hollywood legend. Own a piece of Hollywood history with this fantastic edition to the Great Characters collection by Montblanc. 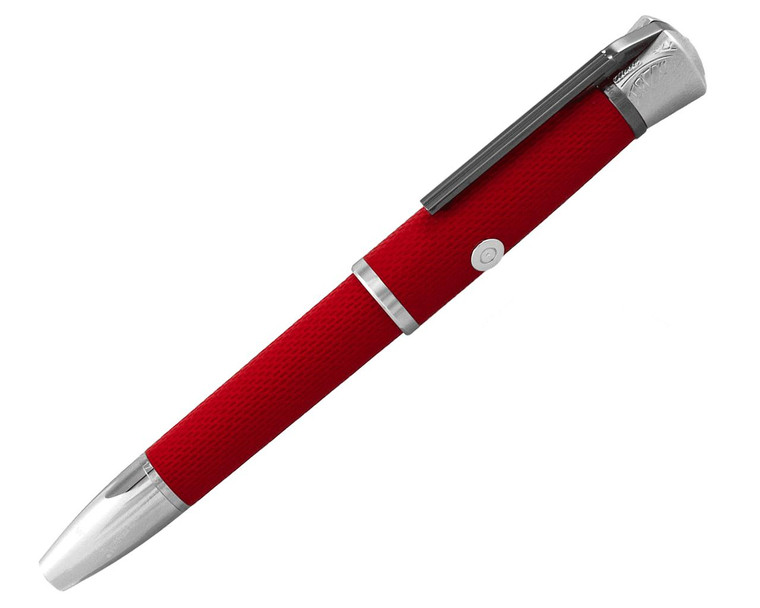