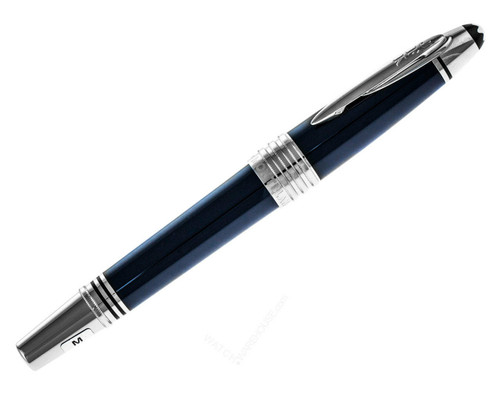 Today, nearly 60 years later, Montblanc has honored his memory with a beautiful fountain pen. The blue precious resin of the pen is meant to honor Kennedy’s time in the Navy as well as his Ivy-league class & style. The initials JFK are found engraved on the clip, while the Lunar Module from The Apollo Space Program that first landed on the surface of the moon in 1969 can be found engraved into the golden nib. Along the bottom of the cap, three platinum-coated rings were added to the design to pay tribute to his three brothers Joseph, Robert, and Edward Kennedy. John Kennedy represents a time in America unlike any other, and his style and grace has been perfectly embodied by this beautiful writing instrument by Montblanc.